This article was originally published in the May 2021 edition of the 5 papers…in 5 minutes. 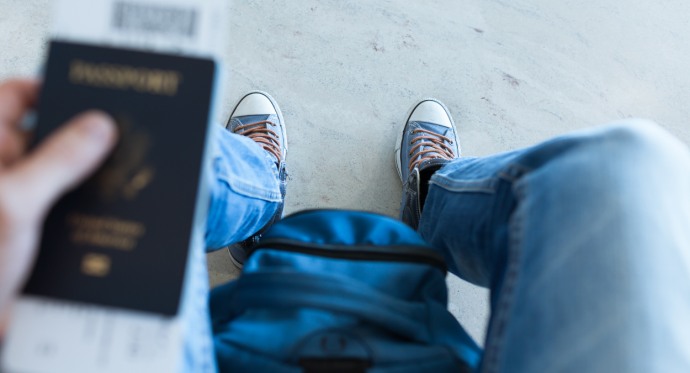 The OECD countries are the main host countries of immigrants, who represent nearly 15% of the total resident populations. In the past few years, the contribution of immigrants to demographic growth has increased significantly. Natural increase (the difference between births and deaths) is traditionally higher than net migration (the difference between immigration and emigration) but that has not been the case since the end of the 1990s. Several studies have demonstrated the overall economic benefits of migration, but its effect on inequality is less documented. Yet this is crucial in an increasingly globalised world because inequalities can engender opposition to policies of openness in general and to migration policies in particular.

In this article, d’Albis, Boubtane and Coulibaly analyse the effects of demographic changes on the inequality between capital and labour, measured by labour’s share of national income. The main advantage of this indicator is that it is based on available annual national accounting data that are comparable over time and across countries. Labour income share is tightly linked to the indicators of inequality in income distribution because capital ownership is concentrated among the riches. Indeed, it is positively correlated to the revenue shares of individuals in the 6th to 9th deciles (i.e. the 40% “in the middle”) and the poorest 50%, and negatively correlated to the income shares of the richest 1% and 10% for the countries studied for this article. Moreover, past information in the labour income share is useful for predicting future development of indicators of income distribution (WID.world).

The empirical results drawn from the annual data of a sample of 18 OECD countries between 1985 and 2018, show that demographic changes have opposite effects on inequality: labour income share falls when there is a rise in the natural increase, while it grows when there is an increase in net migration. This suggests that as well as the usual factors cited in the literature (international division of labour, changes in the relative price of investment goods, technology, and changes in competition), demographic factors also play a role in the changes observed in labour’s share. However, these factors trend in the opposite direction to the economic factors in that an increase in immigration and a decline in natural increase both contribute to stabilising labour income share. The article also shows that indicators of income distribution inequality are not affected by a rise in natural increase and that they decrease following an increase in net migration, thereby suggesting that immigration has not contributed to the increase in inequalities in OECD countries.

Original title of the article: Demographic Changes and the Labor Income Share